Top Ten Tuesday is a weekly meme hosted by the Broke and the Bookish. Today’s theme was: Series I am yet to finish.

I am a real reading sinner when it comes to starting a series (good or bad) and absently ‘forgetting’ to read the rest of the series. So here are the top ten series I have started but erm… never quite made it past the first book (usually because I was distracted by other books) 🙂 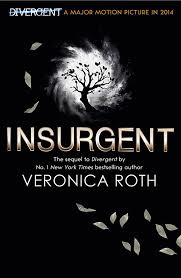 I know, I know but I actually think I have a pretty valid reason for never continuing on with the Divergent series. I loved the first book but some internet person(damn you Divergent fandom), spoiled me for thing that we all know happens at the end of the third book. Ever since then I have never been able to pick up the other two, it’s the feels guys, I just can’t do it.

This is one of those rare situations where I saw the films first. The books are great but I think the film goes into the world on a deeper level than in the books. By the time I got around to wanting to read book three I felt like I enjoyed the film world more than the book world which lets be honest is a rare thing.

3. World After By Susan Ee

I loved Angel fall, it was so gross but brilliant. I read it in one sitting my eyes where glued to the pages, I was unable to move and I am going to be honest with you now it was a total cover buy so boy did I get lucky. I should have read World After by now, hell I should have completed the trilogy by now but… I can be turned off things so easily a friend of mine said Rafe (my favourite character) disappeared for the whole of the second book and that was literally all it took for me to add this to my TBR – at some point in the future just not right now pile. Read my Angelfall review

4. The Grisha Trilogy by Leigh Bardugo 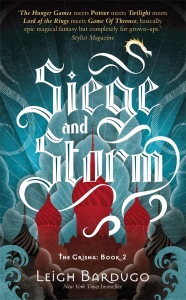 I absolutely love the first book in this series, I remember when I started it, it seemed so new and interesting. When I read the second book I don’t think I was in the right frame of mind for it/for fantasy and have actually given it a low rating. But I plan to re-read it soon and possibly re-review with plans of continuing on with this series. Siege and Storm (Grisha Book 2 Review)

This series is brilliant, I love the main character Cammie an aspiring journalist and her and Jared’s connection between book 1 and 2 is great it’s on my TBR and I plan to get to it soon. Unspoken Review (Lynburn Legacy Book1)

I am currently reading the second book in the series A Dragonfly in Amber so no spoilers pleassseee! Check out my Outlander Review

I flew through the first three Mortal Instruments books and moved straight on to The internal devices (Will or Jem who can say?) But when I wanted to move onto the fourth book in The Mortal Instruments and I found it really hard to get into. It’s from Simons POV who was originally a secondary character and found it hard to make the Clary, Simon POV shift. I’m told the rest of the series is brilliant and well worth the effort and I’m sure sometime soon I will get back into the Shadow Hunters world. Really excited about the t.v adaptation that’s coming soon! The Mortal Instruments Review and my The Internal Devices Review

Read the first book in this Historical Sci-Fi series a couple of years ago it’s just there are so many books so little time. Ladies of Lantern street review

I have read book one Into the Woods and book two The Likeness The Murder Squad is an adult crime series that follows a different detective in the Murder squad in each novel. Next time I am in the mood for crime I will be picking up book three a really interesting series set in inner city Dublin, Ireland and completely character driven.  The Likeness Review, Into the Woods review

I have read volumes 1 and 2 I know that only volumes 1-4 are out I think volume 5 is just about to be released. These graphic novels are beautiful and tell a beautiful love story, I try to spread out my reading of these because I don’t want to read them too quickly THAT’S how good they are!