It’s Wednesday and you know what that means it’s time for WWW Wednesday- the meme is currently hosted by Sam @ Taking on a World of Words and is a great way to do a weekly update on what you’ve been reading and what you are planning on reading.

All you have to do is answer these three questions –

What are you currently reading?

What did you recently finish reading?

What do you think you’ll read next?

So here’s this weeks WWW Wednesday!

What are you currently reading?

I am currently reading The Cuckoo’s Calling by Robert Galbraith.

Most of the time crime novels do pass me by but I have recently seen the BBC adaptation starring Tom Burke and Holliday Grainger and it really got my hooked in the series. I know a lot of people would read this series just caused it’s penned by J.K Rowling but I’m not one of those people. So far I’m really enjoying the first book and look forward to reviewing the BBC series soon.

What did you recently finished reading? 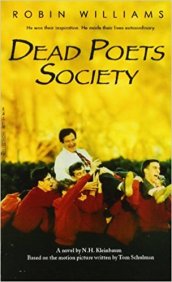 I recently finished The Dead Poets Society by N.H Klienbaum I caught the film starring the late Robin Williams and if you haven’t seen it go and see it now it’s a classic and has some really inspirational things to say about books, poetry and literature in general.

Now the book unconventionally was written after the film and unfortunately you can tell. Most of the time films, tv, theatre ect they are adaptations and interpretations of the novel, sometimes good, sometimes bad but interpretations none the less.

N.H Klienbaum’s Dead Poet Society is a frame by frame re-write of the film, with all the magic sucked out. The great think about reading an original novel is that you get in the characters heads, you know what they’re thinking and feeling and some that can be lost in a film; it can be interpreted in different way like through facial expressions, a touch or glance or even music… Trying to translate screen to page would be possible if the author had a little imagination or flair or was allowed to deviate from the screen play just a little but copying basically verbatim?

I had to DNF  sometimes that’s just the way it goes.

What do you think you’ll read next?

I will probably read Still Me by JoJo Moyes I was lent this by a friend and can’t wait to jump into it and loved the first two novels! I have read the first couple of chapters and it was great to re-visit Lou and Nathan and I’m looking forward to reading about Lou’s next step and her New York adventure.

Me Before You – Review

I also am planning on reading The Guernsey Literary and Potato Peel Society by very soon.

That’s all for this Wednesday, see next time!

Reading or lack of…

This past couple of months has been a hard one from a reading perspective I have been a very big reading slump. I hate reading slumps, they’re so frustrating but they do happen to me now and again. I have always found that the right book normally gets me through and I have hunted high and low for THAT book to get me through my slump but it took me longer than normal to find it, so I have been suffering a bit of a drought. So September and the beginning of October was a bit dry on the reading front.

But I have recently started reading The Lesser Bohemians a novel about a drama student with an older lover- I loved the concept of the book when I first heard about it and now I have started reading it, it has the most interesting narrative structure.

Written in the form of prose, The Lesser Bohemians is more like a 300-page poem than a novel but it is beautifully written and the story is really interesting and I can’t wait to read more!

Now I am back in the reading swing of things I have some really interesting books on my TBR pile but I am particularly excited about The Muse and The Essex Serpent which I cannot wait to get too!

Another reason for my lack of reading is my writing.

For those of you who don’t know, I am currently writing the first draft of my first book The Girl Who Fell Out of the Ocean which is available of Wattpad (I’m @paintandbutterflies). I am close to the end now with the last few chapters to go, and while writing my first novel has been a real learning curve I am looking forward to having my whole story (well the first draft) done so I can concentrate on a serious edit.

How has your Autumn reading been going? Got any new and interesting books on your TBR?

See you next time guys,

Happy reading and writing everyone xx

The Hungry Ghost Festival is a poetry collection by The Bookshop Book author Jen Campbell, Jen is also a Book Tuber go check out her channel here.

The Hungry Ghost Festival talks of Jen’s childhood and young adult life growing up in the North of England, the poetry is personal and reminiscent of a fairy tale. Each poem takes you on a journey, a short story almost with a seemingly clear beginning, middle and end.

I haven’t read a lot of poetry it is something that I’m slowly trying to read more of especially as I enjoying writing it reading more and more seems like a natural progression. Taking into account that my reading of poetry is somewhat limited, I found these poems more like mini stories, by the end of the book which is really short a totally of thirty-two pages but really enjoyed this collection and hope to read more from this author soon.

A Paint and Butterflies rating of 3/5 stars! 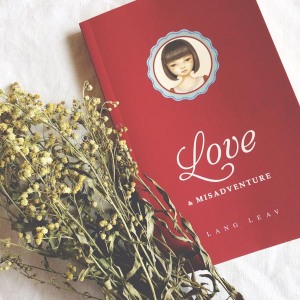 I’m trying to expand my reading and had heard a lot about Lang Leav on Tumblr and her Poetry collection Love and Misadventure. I liked the idea of a writer ( let alone a poet) made famous by Tumblr or social media in general it seemed very modern and a great thing for the medium of poetry.

Lang Leav has an unnerving ability to see inside the hearts and minds of her readers. Her talent for translating complex emotions with astonishing simplicity has won her a cult following of devoted fans from all over the world. Lang Leav is a poet and internationally exhibiting artist. Her work expresses the intricacies of love and loss.

I really wanted to like this I think it was a  mixture of an author made famous via social media and the topic of her poetry collection, love. I thought it sounded interesting, had promise, I don’t know what I was expecting but I really wanted to like Lang Leav. Sadly it wasn’t to be, the poems are not much better then the standard roses are red violets are blue that every child knows. There was no layers to her ‘art’ or double meaning just a rhyme and her butchered way of saying she loved a boy and he loved her or not as was sometimes the case…

Heart on the Line
Love is good,
it is never bad—
but it will drive you mad!
When it is given to you,
in dribs and drabs.

Love and Misadventure wasn’t for me but there are plenty of positive reviews out there I think it’s just a question of taste as with anything.