Both happily and unhappily I have just finished reading The Guernsey Literary and Potato Peel Pie Society, from here on out I shall just refer to it as Guernsey and I think you will understand why.

It has been softly on my radar for a few years now but with no real intention of reading but I’m not sure why. It’s definitely my genre, it had been sat on my Goodreads shelves for awhile now and it’s one of those books that I had seen around in varying covers but had never quite reached for.

Then I saw the trailer the Guernsey movie and knew I’d been missing out and bought the book without hesitation. The first thing I discovered was this book is a epistolary novel for those who don’t know this book is written in the form of letters, I have only ever read one book in a similar format before Cecilia Ahern’s Love, Rosie and I just didn’t get on with the structure and ended up DNF-ing the novel. But Guernsey is different, it is so easy to fall on love with the characters. The book follows Juliet a young writer and journalist who has been writing fluff pieces during the second world war to cheer up the nation she’s looking for a new and interesting book idea when she get’s a letter from a man in Guernsey who has bought one of her old books that had her contact detail written inside. 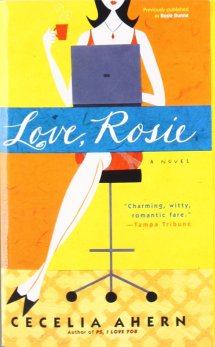 They begin to correspond and he discuss he is a member of The Guernsey Literary and Potato Peel Pie Society. They enjoy corresponding so much that Juliet begins to get letters from other members of the society and this is where the fun really begins. When Juliet travels to Guernsey and meets the real people she has been writing to, her new friends from her letters and becomes part of their lives. She discovers what Guernsey and it’s people went through during the war, occupied by the Germans, Guernsey was the only part of the British Isles to really have to live with their enemy and Juliet a writer and a seeker of truth is determined to find out what that really means. She also becomes curious about the societies founder Elizabeth, Elizabeth becomes the centre of this story that Juliet becomes determined to write and her love for the island pours out of her and onto every page.

Guernsey is a book about friendship, loyalty and love, in a period in history when there had been so much tragedy and devastation it shows is the small things that truly bind people together and love will always win out even in the darkest and most brutal of times. The Guernsey Literary and Potato Peel Society is a beautiful story that everyone should read it is written in letters but the characters feel fully formed and full of colour. The book is so short it was like being on a short visit with great friends, who I already miss.