Can you believe it it’s already 2017! 2016 has been a pretty hit and miss reading year for me but all in all I have read some great books.

I didn’t really plan my reading last year or have any goals I just read what I felt like reading at the time which was okay but the problem is I’m always looking for a book or feeling or vibe in a story (and it never comes along when I want it to.)

Perfect example- I  have been looking for a modern written romantic, gothic tale forever but everything I found seemed to be a classic (eg Northanger Abby, Dracula etc.) Then, just when I’d stopped looking The Essex Serpent was published! (It’s on my January TBR- TBR post coming soon…)

I wouldn’t say my lack of planning made my reading year unsuccessful but I do have plans for more productivity this year but my plans are coming to you in another blog post all togther.

I had a Cassandra Clare filled year in 2016! I re-read the second half of The Mortal Instruments series and read The Shadow Hunter Academy short stories for the first time both were brilliant. But I have to say, it was so much fun reading Lady Midnight, Cassandra Clare is one of my favourite authors, I get so drawn into her characters and the Shadow World and I can’t wait for the second book in this series to be released later this year!

Bodies of Water by V.H Leslie

In my hunt for something gothic I discovered Bodies of Water, a short book barely 300 page. It’s ghostly, gothic and filled with betrayal and romance! I Loved it! (All both this books main characters are LGBTQ+)

The Fault in Our Stars by John Green

I had heard the hype okay? If you haven’t where have you been living? I never had any plans to read this novel until one day a friend

I never had any plans to read this novel until one day a friend and I were feeling particularly maudlin and watched the movie. The script and the words use in the movie intrigued me, let me tell you this, if you haven’t read the book and are putting off for what ever reason, John Green has it, he has a real command of the English language, every word, every sentence is worth reading in this book it’s all so beautifully constructed.

The Girls by Emma Cline 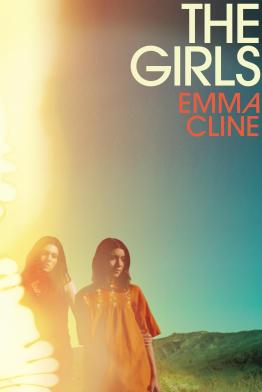 Loosely based on the Charles Manson killings The Girls is about a fourteen-year-old girl who gets wrapped up in a cult and it’s eventual tragic end. This book was fascinating to read because I didn’t know a lot about the original murders so while reading I researched the original killings which, from a reading perfective allowed me to enjoy the book to its full potential.

I really enjoyed Uprooted, normally when I read fantasy I need the book to be huge or a series to I get everything I can out of the world and the characters but Uprooted was the perfected example of a standalone fantasy done well.

I hope you enjoyed my top reads of 2016 see you next time!